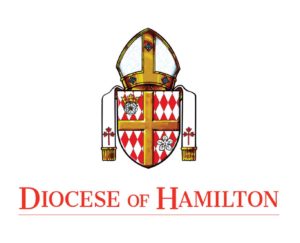 To the Clergy, Religious and Lay Faithful of the Diocese of Hamilton,

In recent weeks there has been increased media attention to a staggering number of past cases of sexual abuse of minors which have taken place at the hands of Church leaders in the United States, including Priests, Bishops and Cardinals, as well as cover-ups by those who have been entrusted with caring for the People of God. This news has stirred up justified anger and disillusionment among many in the Church. This news has also ignited renewed cries for accountability on the part of the Church’s leaders and changes in the Church’s procedures for dealing with the perpetrators of such egregious acts which have so deeply wounded their victims.

As the Bishop of Hamilton, I want you to know that I am united with all the faithful in the Diocese who are experiencing the shame cast upon all members of the Church because of the sins of some of its members, especially those entrusted with the pastoral care of God’s people. I likewise unite myself with the victims who have suffered and continue to suffer as a result of the abuse they have undergone at the hands of those who are called to be ministers of Jesus Christ and his Church. I pray for healing and peace for the victims of abuse and for all who have been hurt by the Church’s inaction in the past, and for a renewed commitment on the part of all members of the Church to care for one another, especially, the most vulnerable.

Since 1996 the Diocese of Hamilton has observed a strict protocol with respect to allegations of sexual misconduct on the part of clergy and other employees of the Diocese. This Policy and Protocol for Cases of Alleged Sexual Misconduct was updated most recently in 2013 and can be found on our Diocesan Website. All allegations of sexual misconduct have been, and will continue to be taken seriously and addressed immediately in accordance with our Diocesan Policy.

Earlier this week, His Holiness Pope Francis issued a Letter to the People of God, which can be found on our Diocesan Website. Pope Francis reminds us that “if one member of the Body of Christ suffers, all suffer with it”. The suffering of those who have been abused does indeed cause suffering in all members of the Church. He calls upon all of us to embrace “an attitude of prayer and penance”, so that “we may grow in the gift of compassion, in justice, prevention and reparation”. I invite all the faithful in the Diocese of Hamilton to take up our Holy Father’s invitation and to pray fervently for an end to every form of abuse and a renewed commitment to provide a safe environment for all, especially the most vulnerable among us.

Sincerely in Christ and Mary Immaculate,

First Friday all day with Benediction at 9:00 pm

Saturday: 11:00 am – 12:00 pm
also available after weekday Holy Mass
when requested.
And during Friday’s Holy Hour when available.